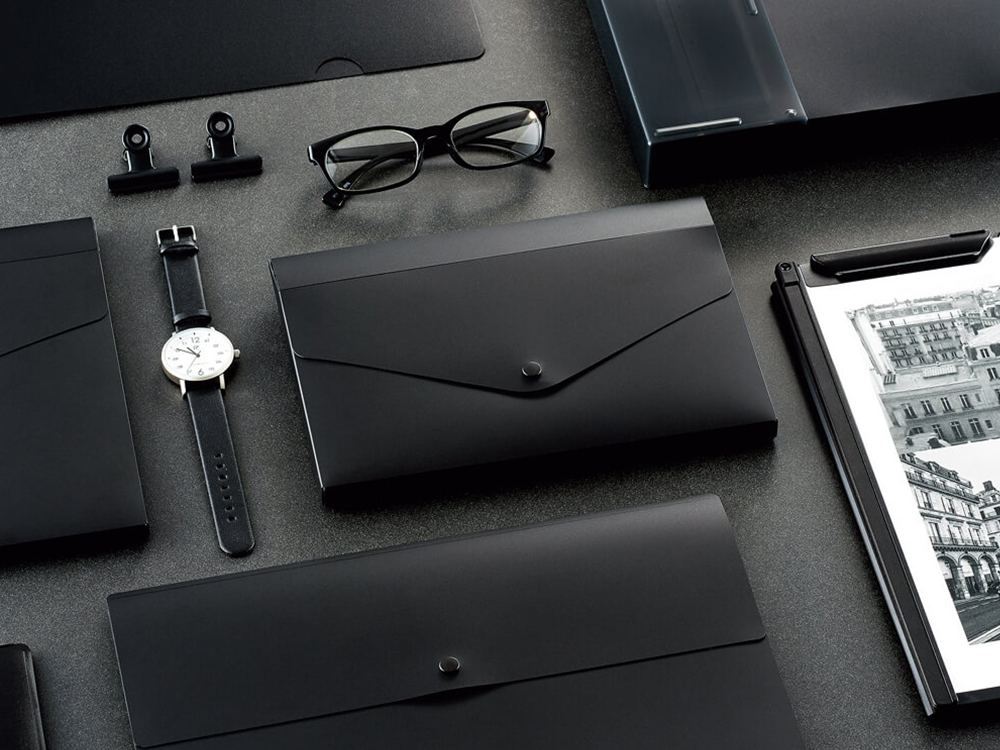 We released the new all-in-black series “Noir x noir” in mid-September.
This series are made from recycle disposals discharged while making plastic products.
LIHIT LAB. produced and released “Spring File” in 1962.
It was the first plastic file with color variations in Japan.
Since then, the large variety of colored products have been popular among the valued customers.
On the other hand, the way of using plastic products have been reconsidered due to “SDGs” adopted in UN General Assembly on September 25th 2015 and so on.
This series, we focused on disposals which are discharged while making products from plastic sheets.
We decided to use “on-site recycled” sheets by collecting, crushing and recreating colored disposal plastic.
“Live with plastics”. We would like to present you sustainable life with plastic through these products. ]The strength of plastic products makes it possible for you to use and love them for a long time. 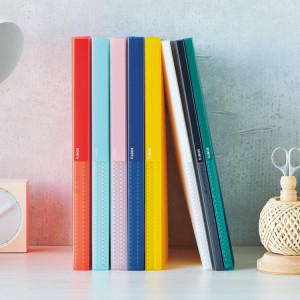